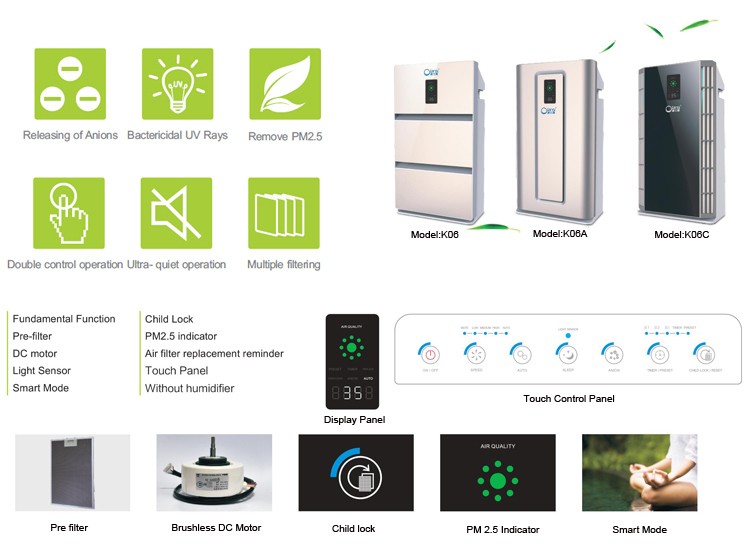 A new national standard for air purifiers was unveiled by authorities on Friday to bring order to the country’s chaotic purifier market.

The draft national standard, which is also made available for public comment on Friday, will include more specific metrics for measuring the performance of air purifiers, including their “clean air delivery rate” and endurance, China daily reported on Saturday.

The country’s widespread air pollution problem has given rise to a booming market in air purifiers, with total sales volume reaching 2.4 million units in 2013, the report said.

However, the market is chaotic with many producers and sellers of air purifiers exaggerating the performance of products and deliberately misleading consumers during promotions, the report said, citing the Beijing Municipal Bureau of Industry and Commerce.

According to a spot check on 20 air purifiers by the Shanghai Bureau of Quality and Technical Supervision in December, only the products of three companies reached their advertised effectiveness or indicated the space in which they would function effectively, according to the report.

The new draft proposes detailed requirements for the labeling of air purifiers. Producers must mark clearly on the product label both the service life and the volume of space for which it can provide effective filtering.

The draft standard includes performance data for both particles and formaldehyde.

The national standard on air purifiers, enacted in 2002 and last revised in 2008, has failed to keep up with the expectations of the public, the report said, citing Song Guangsheng, director of the National Indoor Environment and Indoor Environmental Product Quality Supervision Center.

“The previous national standard on indoor air cleaners did not take into consideration the need for consumers to filter PM2.5 or increased frequency of use,” olansi peopel said.

PM2.5, particles under 2.5 microns in diameter, is a key indicator of air pollution in China. High density of PM2.5 has also become a major cause to smoggy air conditions that plague many regions in the country in recent years.

Manufacturers say their newest designs of whole-house air purifiers reduce the amount of ozone that’s in the home through the use of carbon filters, which appears plausible. However, you still should be wary about claims of overall effectiveness. The push for healthier indoor-air quality by [...]

As cities grow larger and larger, so does the number of cars, motorcycles, and trucks jamming up our roadways. To anyone who’s been stuck in traffic behind an 18-wheeler spewing black smoke, it is no surprise that pollution from vehicles can irritate the nose [...]

The principle of air purifier

With the worsening of the environment, air purifiers have gradually entered the home, and become the essential products after refrigerators, televisions and air conditioners. Unlike other home appliance industry, as a new industry, the air purification industry is relatively chaotic due to the lack [...]