Filtering fine-particle pollutants out of indoor air for just 2 days improved markers of cardiorespiratory health in study volunteers, according to a study from China. 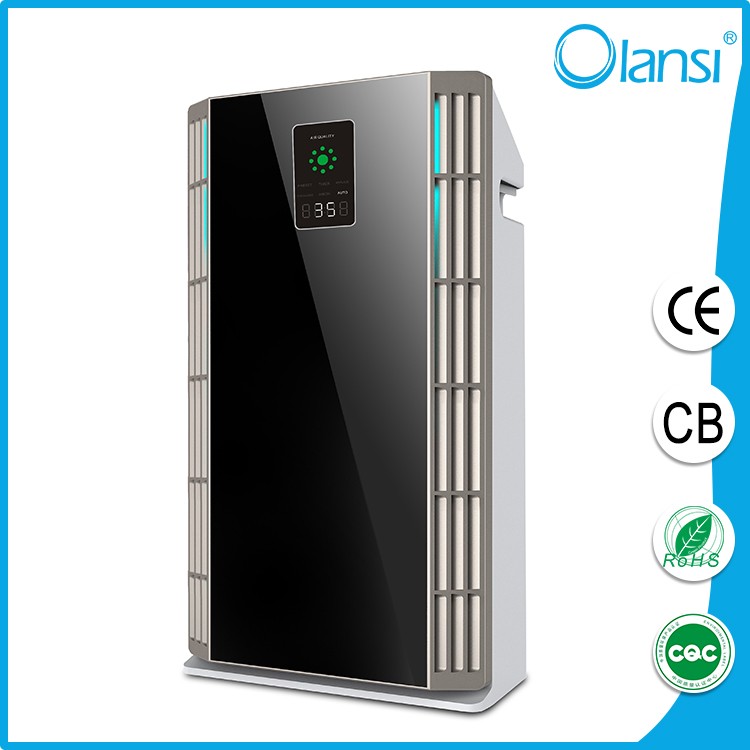 In the randomized, crossover trial, the air purifiers, which were designed to filter out fine particulate matter pollutants (less than 2.5 µm in diameter). achieved and maintained 57% reductions of pollutants during the 48 hours (mean concentration 41.3 µg/m3), reported Renjie Chen, PhD, of Fudan University in Shanghai, and colleagues.

The authors also noted significant reductions in blood pressure and inflammatory biomarkers as well as nonsignificant increases in lung function.

“To the best of our knowledge, this is the first study to examine the impact of short-term purification of indoor air on clinical and biochemistry measures of cardiorespiratory health in areas with severe air pollution,” the group wrote in the Journal of the American College of Cardiology.

Shanghai is a city with severe air pollution. Daily outdoor air pollution levels in Shanghai during the study averaged 103 µg/m3, and indoor levels were about the same.

The study involved 35 healthy, nonsmoking college students living in 10 dorm rooms in the city. The rooms were randomized so that half received a functioning air purifier and the other half a sham purifier. The unit was placed in the center of the room and ran for 48 hours. Study volunteers stayed in the rooms with the doors and windows closed during this time.

The researchers evaluated health endpoints and drew blood for analysis after the 48-hour period. After a 2-week washout period, the process was repeated with the sham and functioning home air purifier units reversed.

The blood was analyzed for 14 biomarkers of inflammation, coagulation, and vasoconstriction. All circulating biomarkers decreased in response to the air purification intervention. However, decreases were statistically significant only for sCD40L, a marker of blood coagulation (64.9%, 95% CI 30.3%-82.3%), and for three inflammation markers:

The investigators reported modest, nonsignificant improvements in lung function, such as a 3.5% increase in forced expiratory volume in 1 second (95% CI -2.5% to 9.9%). They speculated that these improvements could have become significant if the study had continued longer.

“Although previous studies in countries with cleaner air (Denmark and Canada, etc.) have reported some health benefits due to air filtration, this study provided the first evidence in a country with severe air pollution problems,” Chen told MedPage Today via email.

“Our results showed clear benefits in a much wider range of cardiopulmonary outcomes,” Chen said. “Furthermore, our study found these benefits can be obtained even after a short-term (2-day) use of air purifiers.”

The study had some limitations, namely it was a small and short-term study done in healthy young adults, which may limit the generalizability of the results, and underestimate or miss other potential health effects, Chen explained.

In an accompanying editorial, Sanjay Rajagopalan, MD, of the University of Maryland in Baltimore , and Robert Brook, MD, of the University of Michigan in Ann Arbor, pointed out that “the evidence to date on the impact of improving indoor air quality has been mostly from the West using air purifiers to improve pollutants attributable to specific sources at relatively lower levels.”

“Added to the results from a few previous studies, these new findings bolster the evidence that improving indoor air filtration may be a practical ‘personalized’ method to reduce overall PM2.5 [fine-particle pollutant] exposure and mitigate adverse health effects,” Rajagopalan and Brook wrote.

“The observed improvement in outcomes, despite particulate levels remaining high during air filtration (41.3 µg/m3) supports the prevailing understanding of a log-linear dose-response relationship between exposure and health effects, whereby any lowering of pollution can translate into benefits, with larger absolute benefits the higher the level of air pollution,” they concluded.

Patients who ask about the benefits of air purifiers should be advised that they are only effective in small enclosed rooms, such as a bedroom, and they only remove fine particles such as cigarette smoke or combustion products, he told MedPage Today. “Air purifiers generally don’t work well for larger particles, which include common allergens such as dust mite particles, pollens, and mold because these particles rapidly settle and don’t become airborne again unless they’re disturbed.”

Air purifiers can be recommended in smokers’ homes to remove smoke particles from children’s bedrooms. They can also be recommended for homes with high levels of cat, dog, or mouse allergens, which are relatively small and stay airborne for longer periods of time, he said.

As for the study by Chen’s group, with which Zeldin was not involved, “it’s the first I’m aware of that shows air purifiers might have cardiovascular benefits,” he said. “It’s intriguing, but it’s more of a proof-of-principle study. You would need studies with similar methods in larger populations to bear this out.”