Air pollution is causing around 467,000 premature deaths in Europe every year, the European Environment Agency (EEA) has warned.

People in urban areas are especially at risk, with around 85% exposed to fine particulate matter (PM2.5) at levels deemed harmful by the World Health Organization (WHO).

These particles are too small to see or smell, but have a devastating impact.

PM2.5 can cause or aggravate heart disease, asthma and lung cancer.

How big is the problem?

It’s pretty bad. Within the European Union (EU), more than 430,000 people died prematurely due to PM2.5 in 2013, the most recent year with figures available.

According to the EEA’s Air quality in Europe – 2016 report, the toxic gas nitrogen dioxide (NO2) – released by vehicles and central heating boilers – has an impact equivalent to 71,000 premature deaths a year.

Ground-level ozone (O3) is also killing people – an estimated 17,000 annually in the EU.

Unlike the protective ozone layer in the stratosphere, ground-level ozone is harmful, formed when emissions like NO2 react with other pollutants and “cook” in heat or sunlight. 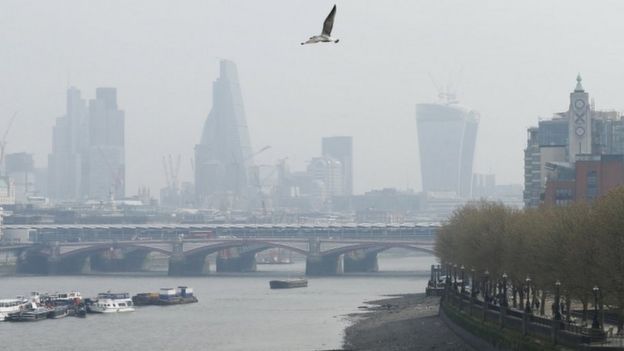 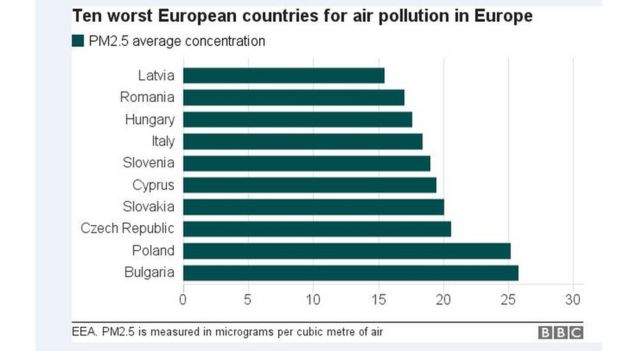 The European countries with the worst levels of PM2.5 are Bulgaria, Poland and the Czech Republic.

Nations like Poland where coal is a major source of electricity production tend to rank at the bottom of air quality measures, according to the EEA.

In 2013, Bulgaria provided four of the five worst European cities for high particulate matter. Costs to ill-health from coal power plants in the country are estimated to be up to €4.6bn ($4.8bn; £3.9bn) per year.

In the UK, air pollution overall costs the economy more than £20bn per year – just under 16% of the NHS’s annual £116bn budget. 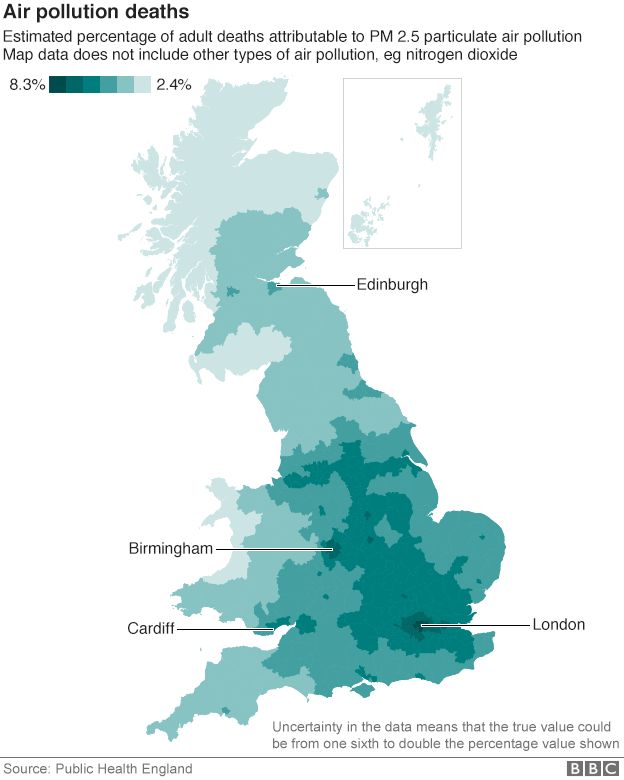 Technically, European air quality actually improved between 2000 and 2014. Levels of PM10 – another tiny pollutant particle – fell in 75% of the EEA’s monitored locations.

Outdoor air pollution contributes to about 40,000 early deaths a year in the UK, according to the Royal Colleges of Physicians and of Paediatrics and Child Health.

SO,you should buy a air purifier in your school/home/office to improve air quanlity.

AS for this situation.I’ll introduce our company Olansi air purifier products. 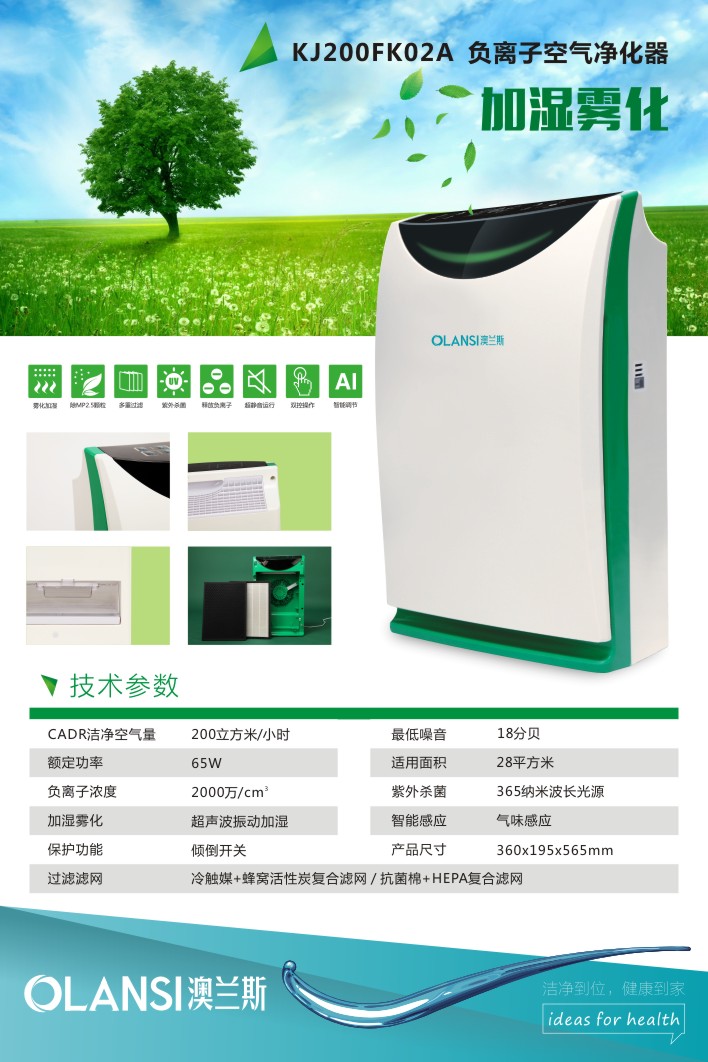 This product has big CADR with 200m³/h·Low noise 18db.In addition,it has humidification function.

Air purifier is often used in our home. Generally, when the air is not good, or the air conditioner is not ventilated, we will turn it on and use it.To a large extent, air purifiers have greatly improved family health, and at the same [...]

Buying an air purifier, besides giving yourself a peace of mind what else?

From October 30 to November 1, the first Global Conference on Air Pollution and Health was held at the headquarters of the World Health Organization in Geneva, Switzerland. The meeting pointed out that air pollution in most cities exceeds the air quality level recommended by [...]

In recent years, with the outbreak of environmental air pollution in China, people are paying more and more attention to the air quality of their environment. As early as 2011, the World Health Organization pointed out that indoor air has been 5-10 times higher [...]

Allegies acting up?–an air purifier you should buy it

Allegies acting up?–an air purifier you should buy it It’s no secret that the air we breathe indoors is often significantly worse for us than the air outside. “Sick-building syndrome” is a very real concern. While individuals with allergen sensitivities more susceptible to the effects [...]

Air Purifiers for Allergies Air purifiers help eliminate dust, dander, pollen, mold, and other airborne contaminants that contribute to respiratory issues. Check out our guide for the lowdown on how to pick the best purifier to combat your asthma and allergies. Nobody wants to breathe in [...]

Debate over whether should schools use air purifiers With the repeat occurrence of smog in China, many parents call for installation of air purifiers in classrooms. Some parents even offered to pay for the purifiers. However it is refused by school authorities. It has caused [...]